You are here: Home / Potries Tourism – Living Heritage / Where are we

Potries is a small and friendly town located in the heart of the generous La Safor region, between the exceptional beaches in the coast and the mountains that flank it in the southwest, where the limestone massif of La Safor stands out with its 1013 m peak.
Its municipal area has an extension of 3’2 km², bordering with the municipalities of Beniflà, la Font d’En Carròs, Vilallonga and Ador. The land is almost flat, very suitable for the different fruits and vegetables that have been cultivated throughout history, except for some small hills, barely over 100 m height, called “Els Tossalets”. The Serpis River borders the town on the west, constituting the most relevant geographic feature and a natural area of singular beauty. It is declared, together with its surroundings, as a Protected Landscape of the Valencian Community, due to “its scenic, ecological and cultural values, derived from a historical harmonious relationship between humans and the natural environment” (Decree 39/2007).
The weather is characterized by relatively gentle winters and hot summers, the average annual temperature range from 13 to 25 degrees. Rainfall is concentrated mainly in autumn and spring. Potries currently has a population of 1056 inhabitants.

Nowadays the town is perfectly connected by road: to the inland regions by the CV-60 towards Albaida; to the main roads of the Mediterranean axis (AP-7, E-15, N-332) by the CV-680, allowing us to be in any of the main cities of the region in a few minutes. There is a train from València to Gandia train station, where you can take a bus to get to Potries. You can also come to Potries by bicycle following the CV-680 or through alternative itineraries or rural roads. The Via Verda del Serpis, following the former Alcoi-Gandia railway, is under construction and will be the best option.

Where to eat, sleep and buy

"Potries a town of potters" Brochure

Comic "The production process of a casserole" 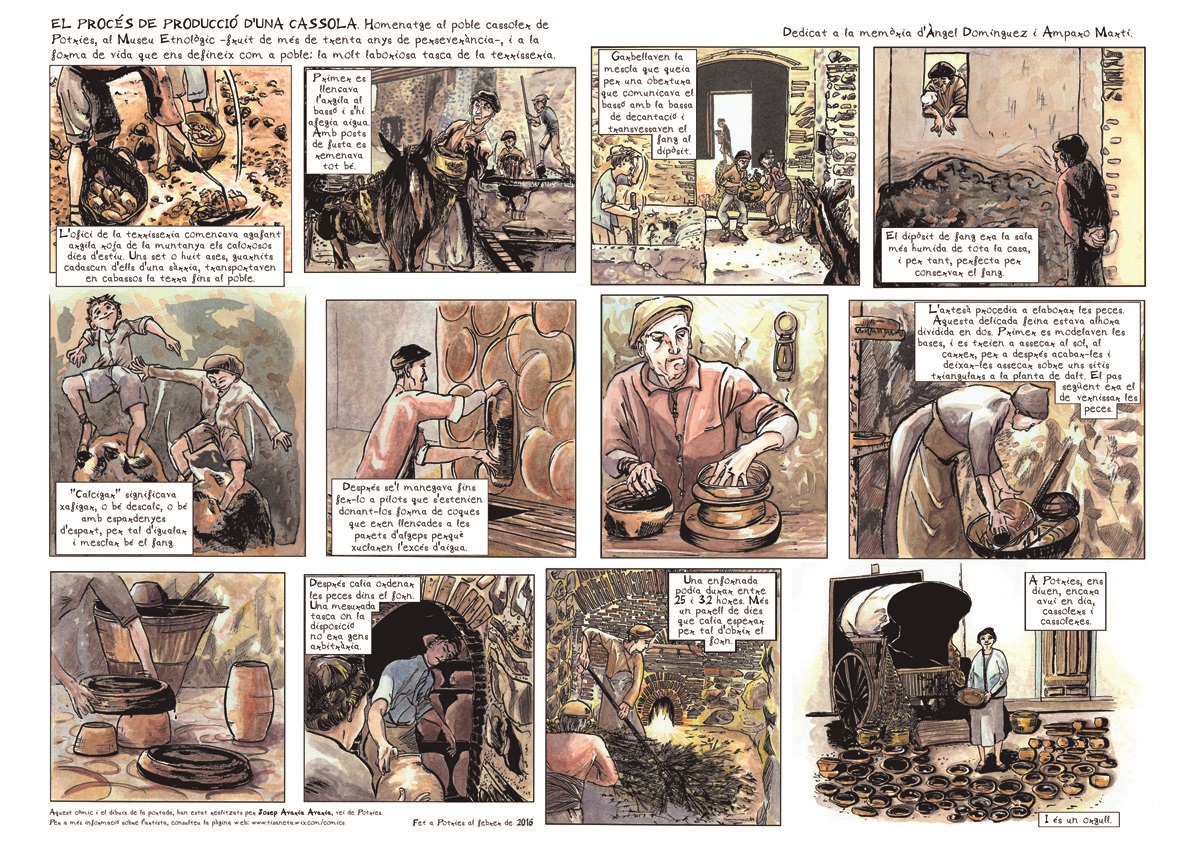 Comic "Potries: Water, sugar, the Centelles and the Borjas"